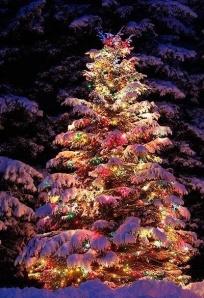 I wanted to wish you all a very Merry Christmas, if you celebrate the day, and a very happy end of the year if you don’t. For those who partook in the festivities of the day, I thought it would be nice to have a chatty post where we could all share some of the highlights. So, it’s time for another round of the Questions game. Take a gander at any or all of the following.

I’ll start first, but please feel free to talk about whatever you’d like.

Question 1. I rarely get the chance to wear perfume just for myself, so I’m afraid last night was no exception as I was doing my usual testing. Same story for today, but at least I chose a scent that seemed to be more up my alley and bound to be enjoyable. Thus far, it has been. You will have to wait to see what it turns out to be, but an early hint: it features patchouli. (Yes, I know, I’m quite obsessed these days in my hunt for the perfect patchouli. And no, my patchouli series is not actually over. You’ve only had a temporary reprieve from my madness….)

Question 2. I haven’t really had a conventional Christmas Eve or Christmas Day thus far. For one thing, there has always a bit of a tug-and-pull in my family when it comes to which day to celebrate. My family has traditionally followed the European habit of doing things on Christmas Eve, including the feast and the opening of presents. I’ve always objected to that, and I’ve stuck pretty adamantly to my rule of leaving everything for Christmas Day itself. This year, everything got even more screwed up because of a sibling’s schedule, so we had our “Christmas Eve” celebrations last Saturday. Since I can be quite stubborn, I refused to open my presents, which resulted in much eye-rolling and resigned sighs from my family.

So, today, the Hairy German and I had an early, mini-Christmas of sorts with my parents. In a short while, we will have a small, casual lunch, picnic style. There will be tons of French cheeses for me, several types of bread, soups, smoked salmon, mini-quiches, dim sum, sushi (yes, I have a thing about Asian food), Japanese seaweed salad, gourmet pizza, lamb shanks, and other tidbits. 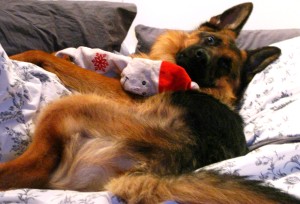 The Hairy German on “his” bed with his Santa.

Question 3. Some of my favorite gifts were German shepherd related! (Deutsche Schäferhund für das Leben. I would say “uber alles,” but that has negative connotations.) You should see the GSD puppy calendar in particular! The photos are so adorable, you have no idea.

I also received a few culinary and gastronomy items, from books, to special bags of Jamaican Blue Mountain coffee from one of my best friends who reserves them months in advance. The beans are only grown on a particular stretch of mountains in Jamaica, and their classification as “Blue Mountain” is sharply regulated. Blue Mountain has developed the reputation of being one of the best and most expensive coffees in the world. Rumour has it that the price is sky-high mostly because all the Russian oligarchs buy it up en masse, but that sounds dubious to me. Wikipedia claims instead that 80% of the beans are exported to Japan, so clearly, limited availability of some kind is the responsible for the hype. (Wikipedia also adds that  [i]n addition to its use for brewed coffee, the beans are the flavor base of Tia Maria coffee liqueur.”) In this case, I think much of the hype is well-deserved as it really is fantastic, deep, dark coffee, and I’m lucky that my coffee-addict friend always sends me some as part of my Christmas box. 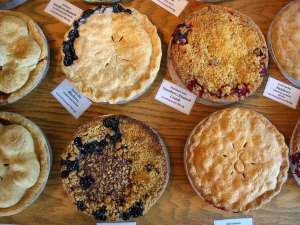 Some of the GTPC’s offerings via roadfood.com

This same friend also sends me every year two pies from the famous Grand Traverse Pie Company, which are freshly made in Michigan and arrive the very next day. My enormous box came on Christmas Eve via over-night Fed Ex delivery, and consisted of two huge pies that are 9-inches deep. This year, I received: Holiday Hill pure Rhubarb, and Opera House blueberry-peach. I’ve eaten a lot of pies in my life, and outside of the French tarte tartin, I’ve never tasted anything quite like the creations of Grand Traverse Pie Company. If you ever want to send someone food as a gift, I really recommend them. They have the most enormous range of items, from pecan to chocolate pies, cheesecakes, brownies and more. Plus, the items are so carefully packaged and so deeply insulated, they arrive in pristine condition and the result is a pie as fresh as if you had just ordered it in Michigan yourself.

In terms of perfume, I received some books on the subject, but no actual scents. I can’t decide if my family thinks I have too many fragrances, or if they simply don’t dare buy me any. Since I’ve left numerous broad hints about my wish list, I suspect it’s the former. But I did receive money, so perhaps it’s the latter. I doubt I’m the easiest person to shop for when it comes to perfume.

So, that has been my Christmas thus far. Tell me about yours!