She stared at the rumpled bed which bore the traces of their scent. As the light streamed through the windows of their hotel room at the George V, she saw the trail of clothes leading to the scene of their final tryst. She recalled how crisp, aloof and controlled she had been at the start in her sleek, sculptured, black, couture dress, smelling of citruses, oakmoss and cool daffodils. The notes were as sparkling and cool as lemonade, or the champagne that chilled by the window nook, until he began kissing her neck…

She remembered how her limbs melted when he unzipped her dress, warming the daffodil scent until the roses and jasmine came out, infused by a musk that softly mimicked that of her own body. Flecks of rich, warm, smooth castoreum flickered like the flame of the candles that he had lit around their bed. Subtle touches of leather stirred like the trim on the expensive lingerie that he admired with a gleam in his eye — lingerie as black as the trails of sweetened incense that ran through her fragrance.

She thought of how he had gently placed soft, lush, velvety, pink roses around her body, framing her with their heady scent. He kissed her with all the spiciness of chili pepper and cinnamon, the scent of his soap mixing with their fire, with her musk, with the tendrils of incense and smoke, with the honey that he drizzled on her trembling stomach. She thought of their passion and how, when it was over, he had gently covered her body with the sheer, silky sheet that smelled of creamy vanilla and powder. She had been fated to meet him, she had been fated to succumb, she had been fated to have the affair end in the apex of passionate heat, and she was fated to forever remember him when she put on her fragrance. Fate.

Fate (Woman) is the latest release from the royal perfume house of Amouage and will be released worldwide in July. I received a sample thanks to one of my readers, “Dubaiscents,” who generously sent me a sample of both the men and women’s versions. Yesterday, I reviewed Fate for Men which is a very sophisticated, dry, woody fragrance centered on the immortelle flower. Fate for Women (hereinafter just “Fate” for the purposes of this review) is very different, but equally elegant and sophisticated. It is a chypre-oriental hybrid created by Dorothée Piot and which Amouage describes as follows:

Fate for Woman is a chypre oriental with a rich floral heart intensified by a dark and destructive accord resonating with the tumultuous unknown.

Fate opens on my skin with a burst of yellow: fresh, crisp citrus notes, and the sunniest of daffodils. There is a momentary flicker of something sour that is soon replaced by spiciness, rose infused with patchouli, oakmoss, stirrings of a quiet, soft leather note, and a touch of musk. The oakmoss is a subtle swirl of nuances: fresh, green, slightly mineralized, and grey. The castoreum is smooth, warm, ever so slightly animalic, and sweet.

The true stars, however, are the yellow notes. The bergamot starts off crisply but, within minutes, turns softer, warmer and spicier, evoking the scent of lemonade that has been sweetened by the sun and by honey. At the same time, a subtle hint of vanillic powder at its base also makes me think of powdered lemonade crystals. Swirling all around it is the daffodil note that starts off being fresh and cool, but, like everything else in Fate, soon turns warmer, spicier, richer. In its footsteps is a delicate rose that is never as sweet as a tea rose, but also never as jammy, fruited, or liqueured as a dark damask rose. It feels like the headiest of pink roses, except it has the crisp, fresh zestiness of lemon. Both flowers are flecked by a mossy patchouli which works from the background to turn Fate into a very smooth, lush, velvety chypre fragrance.

Slowly, slowly, the base notes turn Fate into something warmer, richer, and spicier. As the rose note gains in strength, stepping on the center stage to share the spotlight with the daffodil, jasmine takes its place in the wings. Lurking further in the shadows is a subtle layer of soapiness. About twenty minutes in, like a brash understudy late to a rehearsal, chili stumbles in. Red, spicy, and adding a perfect touch of subtle heat, the red pepper bumps into the floral notes, warming them even further. In its wake is a shy incense note. It is far from the usual sharp, powerful frankincense so prevalent in many Amouage scents. Instead, the smoke is sweetened, soft, subtle, and verging on sunny. 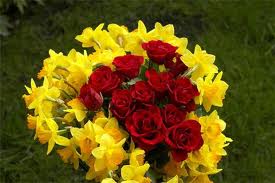 Forty minutes in, Fate starts to slowly strip off its formal, crisp, citric-oakmoss, chypre veneer to bring out its oriental underwear. Like passionate kisses warming a lover’s body, the daffodil-rose bouquet turn more and more sensual, dancing on slightly musked skin. Infused by bergamot, trailed by jasmine, flecked by spicy chili pepper along with sweetened smoke and a shiver of vanilla, Fate is lushly heady, potent, incredibly elegant, and slightly haughty, but reeking of sensuous stirrings. The oakmoss and patchouli are still highly evident in the base, but the other notes feel alive with an oriental silkiness that evokes the most seductive of lingerie peeking out from underneath an elegant black dress.

At the two-hour mark, Fate shifts a little. The florals turn red with warmth and sweetness. Cinnamon replaces the chili on their velvety petals. But, to my slight disappointment, the underlying soapiness becomes much more pronounced. On a more positive note, Fate also begins to take on quite an ambered hue. The labdanum starts to rise to the surface, emitting a lightly honeyed aroma that mixes beautifully with the amber, the plushly sensuous castoreum, the musk, and the patchouli. The incense is still subtle, light and sweetened, and it still remains largely in the background. 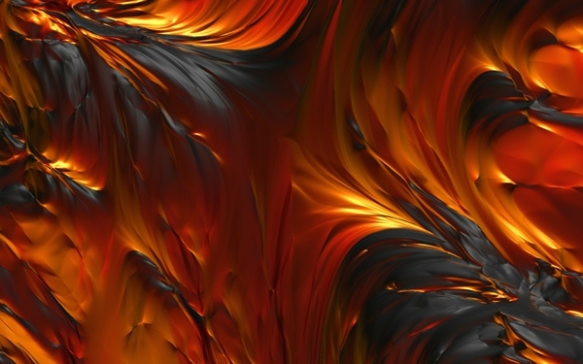 Three and a half hours in, the base notes fully rise to the surface. Fate becomes a labdanum, oakmoss, and patchouli amber fragrance infused with rich, sweet, velvety, floral nuances, along with musk and a quiet tinge of soapiness. The labdanum’s honeyed characteristics have been largely replaced by a nutty, almost chestnut-like undertone that is a perfect counterpoint to the dry, but plush, oakmoss-patchouli.

Slowly, slowly, like a flower unfurling its petals over the span of hours in the sun, Fate turns softer, more ambered, more golden. The barely animalic musk underlying the scent melts even further into the skin, the labdanum glows like bronzed gold, and the vanillic benzoin adds a radiating shimmer to the now muted, very abstract, gauzy florals.  By the start of the ninth hour, the final stage has begun, and Fate is a sensuous skin veil of rich vanilla cream flecked with powder, golden amber, and a light, heated, sweetened muskiness.

All in all, Fate lasted an astronomical 13.25 hours on my perfume-consuming skin. The sillage was monstrous at first, wafting several feet across the room. It was heady, narcotic, sweet, but also very dry and crisp initially, before slowly turning more languorous, more sensuous, more oriental. Fate’s projection is powerful, even if it isn’t nuclear-tipped in the way of some Amouage floral scents (like Ubar, for example), but it did soften by the start of the third hour. My sample was a spray (and aerosolization adds to a fragrance’s power), but I think Fate would be forceful even if dabbed on. It didn’t become a skin scent on me until the start of the sixth hour, though it was still very noticeable when I brought my arm close to my nose. Fate only became hard to detect and somewhat abstract towards the end of the eighth hour, though it lingered on for almost another five hours in a very silken, muted, sheer form.

I think Fate Woman is an astoundingly beautiful, complex, refined fragrance — a sophisticated chypre-oriental which combines the best elements of both categories. It is perfectly balanced: never too sweet or too dry, never too indolent or spiced, never too charged by patchouli, musk, or castoreum. I was a little surprised by the softness of the frankincense smoke, especially as my skin normally tends to amplify the note, but I’m also glad that Amouage chose to mute its signature base accord. Fate doesn’t need it; the beauty of the fragrance lies, in part, in how pitch-perfect it is across the wide spectrum of its notes. (As a side note, the perfume stunned The Ultimate Perfume Snob, a.k.a my mother, who interrupted a conversation to ask “what is that smell?”, then shook her head and blinked in disbelief at Fate’s beauty, asked to smell it several more times, wanted to know where to buy it, and finally lost all reserved, British aloofness to become practically passionate in her raves. Trust me, it rarely happens.)

Something about Fate draws you in for another sniff, again and again, especially when its sensuous, warm heart starts to bloom. Yet, there is also a refined, cool sophistication in its opening which makes it very much one of those scents that feels like protective armor, if that makes any sense. Again and again, I have the vision of a cool, confident, wealthy woman, perfectly groomed and sophisticated in the elegantly cut, structured, designer black dress that is the uniform of choice for some Parisienne women. And I see her stripping off her armor to reveal the seductive satin and black lace lingerie below which she then peels off entirely to reveal her smooth, softly musked, lightly powdered, silky, amber skin. Control and abandon, French style.

Yet, for all that imagery and despite the gender classification in the perfume’s name, I happen to think Fate Woman is quite unisex in nature, and a scent which would be very seductive on a man as well. The same visual would apply to a man, only he’s cloaked in a dark Armani suit with a crisp white shirt, and looks a little like Hugh Jackman…. Regardless of gender, Fate is a very wearable fragrance, though I think its powerful projection may make it a little too much for the office unless you’re very careful with amount you spray. It would, however, be perfect to wear on a date or to seduce.

Lest any of this was even remotely ambiguous, let me put it plainly: you need to try Fate Woman. Like its male counterpart (Fate Man), it shows why Amouage is one of the leaders of the perfume pack. With its sophisticated, nuanced, complex, often innovative and intellectual, but always luxurious and opulent fragrances, Amouage is really one of the best perfume houses out there. And, under the deft, brilliant direction of Christopher Chong, I doubt that’s going to change any time soon.

Availability & Stores: Fate (Woman) is an eau de parfum and is available in two sizes: 1.7 oz/50 ml which costs $310 or €240; or 3.4 oz/100 ml eau de parfum which costs $375 or €290. As of the time of this post, the perfume is not yet officially released beyond the Amouage website and boutiques, but it will be widely available as of July 2013, according to CaFleureBon. At the present time, the perfume is unfortunately sold out on Amouage online, but I’m sure that will be remedied soon. I will update this post with retail links much later when the perfume is officially released and becomes widely available.