This is my 100th post for a blog that I started exactly 95 days ago. Out of those other 99 posts, 90 of them are about perfumes, with the rest being prior pieces that I’d written about royal history and food. So, I thought I’d use this 100th post to do something different. There will be some summaries and, probably, a lot of rambling. I’m also going to take this opportunity to inundate you with photos of my companion in all this: The Hairy German. He is my furry son, my great love, and more important to me than most of the humans I know. (Yes, I am one of those people.)

The very first thing I wanted to say is, thank you for reading. I realise that my reviews are about 2,000 to 2,500 words longer than most bloggers. Believe me, I know I’m verbose! I also know that I love details a little more than most. (Okay, a LOT more than most!) I’m trying to do something different with the blog though, so for all of you who have understood that, appreciated it, stuck through it all and come back, Thank You!

Out of everything I’ve written, I think my favorite might always be the courtroom case I built, prosecuted and defended against Givenchy‘s poor, much-maligned Amarige. The People v. Amarige – Prosecution & Defense was just incredible fun and very effortless to write — which isn’t always the case.

I’ll Never Understand The Fuss About: 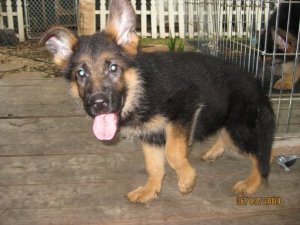 Despite all the newer things I’ve reviewed, some of my favorites perfumes remain things that I owned before I started blogging. For example, YSL’s vintage Opium (my all-time favorite) and Champagne/Yvresse. The latter is my fizzy, bubbling, bouncy “joy in the bottle” scent. Others would be Robert Piguet’s Fracas or Hermès Elixir de Merveilles. I adore and hoard the last remnants of the late Robert Isabell‘s fragrances which have been long discontinued (Savannah is particularly stunning), and I love my vintage Soleil by Fragonard. I will also always have a huge passion for Claude Montana‘s chypre/leather Montana in vintage form (now renamed as Montana Parfum de Peau).

Speaking of vintage, my all-time favorite comfort scent might be vintage Karl Lagerfeld for Men which is neither “for men” nor expensive, even in vintage version. I bought my bottle for around $25 on eBay and it will remain one of my absolute favorite things to wear for a cozy, comfort scent. I love it so much that my very first review for this blog was for that fragrance! I was in such a hurry to proclaim my passion for it to the world that the review is quite short and quite unworthy of the fabulousness that is this unbelievably hypnotic, delicious, sweet fragrance with honey, spices, leather, tobacco, vanilla, and slightly Guerlainade powder. (Apparently, Karl Lagerfeld’s love for Shalimar lead him to do a more “masculine” tribute to it in the form of Karl Lagerfeld for Men, though it is “masculine” only by the more strict, rigid, gender-bound conceptions of the 1980s.)

I may no longer be the diehard vintage fan that I used to be, but I still think they did it best in the old days. There is a richness and depth to many of those scents, perhaps because many of them had at least 20-22 ingredients, if not far more. A surprising number of today’s fragrances have 6-9 notes, with some having as few as three. How can they possibly compare? The answer is that — with a few exceptions — they can’t. (Do you hear that, Mr. Ellena? Some of us want you to back away from the minimalism before you start giving us rose water or, at the rate you’re going, air!)

If Money Were No Object, I Would Buy All The Following Right Away: 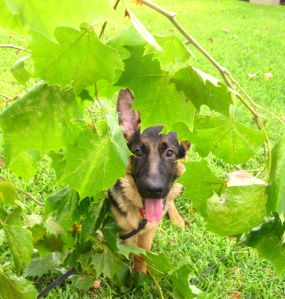 I have already succumbed to full bottles of Dior’s Mitzah and Serge Lutens’ Chergui from the list of those favorites which I’ve reviewed. A friend was also lovely enough to give me a decant of the Tom Ford Tobacco Vanille as a gift. So, Alahine will be next and, eventually, I hope to get around to the others. For most of these, I fear a mere decant won’t do. For the Neela Vermeire masterpieces, a decant definitely won’t do!

Generally, His Royal Highness ignores most of whatever I wear. There are a few exceptions, however. He absolutely loved Puredistance M and tried to lick it off my arm the other night. He absolutely wouldn’t let go, and I had to finally push him away! He also gave a few sniffs to Amouage’s Jubilation 25 and, generally, lifts his head up from a nap to assess any extremely sweet aromas wafting his way.

His strongest reaction, however, was reserved for Parfum d’Empire’s Musc Tonkin. He kept sniffing in my direction, while looking utterly baffled and cocking his head to one side. Finally, he hesitantly drew near and almost head-butted me in his rush to smell my arm. After thinking about it, I realised that I used to do tracking with him using (fake) deer and duck scent, both of which are intentionally very musky. I suspect Parfum d’Empire might not think that was a huge compliment to their Musc Tonkin….

So, that’s Post #100. The Hairy German and I thank you for being on this journey with us, and we hope you will stick around for the rest of the ride. Well, I do, at least. He just wants you to kiss his paws, rub his chest, scratch his chin, plump up his pillows, and hand-feed him bananas and celery….