1826 was a year notable for many things, the least of which was the birth of France’s last Empress, Eugénie de Montijo. 1826 is also the name of a perfume inspired by her life and passions, from a perfume house that seeks to capture history in a bottle. Histoires de Parfums is a French niche perfume house founded in 2000 by Gérald Ghislain, and many of their scents are entitled with just a simple date, the date of birth for a famous historical figure who serves as the perfume’s inspiration.

In the case of 1826, it is Eugénie de Montijo. She was born in Granada, and was a Spanish Grandee (or aristocrat) who became France’s last Empress Consort as the wife of Emperor Napoleon III. Empress Eugenie was renowned for her sophisticated style, jewellery, and fashion sense, but what Histoires de Parfums is encapsulating is her love of patchouli. Histoires de Parfums describes the perfume as a “sensual amber,” and writes:

The future and last French empress, Eugénie de Montijo, was born in Granada, the jewel of Andalusia. A sparkling beauty, her seductive nature and temperamental elegance delighted Napoleon the third. This beautiful lady who influenced the mundane life and artistic refinement of her time inspired this luminous fragrance, a sensual amber carried by the power of white flowers and patchouli, of which the empress loved the unforgettable vapor trail.

Originality: mix of anis and amber.
(Eugenie de Montijo was voluptuous, full-bodied and delicate at the same time).

1826 opens on my skin with sharp, clean musk and citruses that immediately give way to a creamy, milky patchouli. It is infused with vanilla, and the tiniest pinch of cinnamon in a refined mix that glows a soft, warm brown. None of patchouli’s camphorous or minty green sides are present to any noticeable degree, at least not at first. Instead, this is a very milky, almost creamy and beige patchouli whose softness in the opening minutes calls to mind both Etat Libre‘s Nombril Immense and, to a much lesser extent, the drydown of Chanel‘s glorious Coromandel. As the momentary burst of citrus and sharp musk sinks into the base, incense rises up to take their place, adding to the tentative, small similarities to Coromandel.

The differences are much, much greater than any commonalities, however. The main one is the total absence of any white chocolate notes in 1826, whether powdered or mousse-like. The incense is another substantial point of departure. There is extremely little of it in 1826, whereas Coromandel has almost as much smoky frankincense as it does patchouli. Perhaps even more so. Speaking of patchouli, the note in 1826 starts to slowly reflect a quiet earthiness which the Chanel fragrance completely lacks. In less than 5 minutes, 1826 takes on a subtle undertone of damp, wet, loamy soil. Under the surface, hints of tobacco bubble up, along with the tiniest suggestion of something green and camphorous. Both accords momentarily diffuse the milky aspects of the scent, but they are muted and very short-lived. 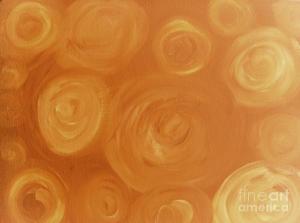 15 minutes into its development, the creamy patchouli in 1826 turns plush and deep, feeling like velvet. The earthiness is extremely smooth and well-balanced. As a whole, the patchouli never smells musty or dusty, but turns lightly chocolate-y in nature. Thanks to the vanilla in the base, the overall effect is more akin like a dusting of milk chocolate powder infused with warm, sweet soil, a lot of milk, and hints of woodiness. Underlying that bouquet are subtle undercurrents of incense, spice, tobacco, and milky Chai tea, but the primary impression is of a vanilla-infused patchouli scent. It’s much sweeter, earthier, and warmer than the drier, incense-heavy, white cocoa Coromandel.

For the longest time, there really isn’t much more to 1826 Eugenie de Montijo on my skin. There are no fruited notes or tangerine, no ginger, no discernible florals, and very little cinnamon. The perfume is initially strong on my skin, but extremely airy, wafting in a sheer cloud that extends about 2-3 inches above my skin with 3 enormous smears. The sillage drops quickly, and it consistently takes between 2.25 hours and 2.5 hours for 1826 to turn into a skin scent.

I’ve tried 1826 a few times, and the perfume’s simplicity and linearity remains the same each time. 1826 continues as a milky patchouli scent until the 3.5 hour mark when hints of powder creep in, along with a return of the clean musk and an abstract woodiness. The musk does an odd thing to the woods, turning them cold and clean.

Slowly, the woody musk starts to take over. At first, it is an equal partner to the lightly powdered patchouli, but by the end of the 6th hour, it completely dominates the scent. 1826 is now primarily an abstract woody musk fragrance, with just a vestige of patchouli sweetness. The whole thing feels very nondescript and generic, with the tiniest hint of something soapy lurking deep in the base. In its final moments, 1826 is nothing more than a slightly sweet, woody cleanness. All in all, 1826 lasted just over 7 hours with a small quantity, and 8.25 with a heavy dose.

1826 has received mixed reviews on Fragrantica, though the majority seem to like it. One person experienced a much more complex scent than I did, as evidenced by this review:

it is quite beautiful and I wouldn’t mind owning a bottle. The top notes include orange, which complements the heart notes of cinammon and ginger beautifully. Rounding out the heart are creamy white flowers and a hint of sharp (not candied) violet. About an hour in, the base notes start to make an appearance, including a lovely, slightly sweet incense note. This is not an old medieval church type of incense, but a light, dry, modern incense, and it’s not added with a heavy hand. Instead the base notes of vanilla, patchoulli, and amber share equal footing with the incense, which I like. The combination is just right. Beautifully complex and layered, 1826 is a full blooded and heavy boned oriental in the absolute BEST sense.

Other people, however, experienced a “wisp” of a scent that barely lasted and which was far from full-blooded, though they did enjoy it greatly:

Well, I rather agree with him or her on 1826’s lack of body, not to mention the incredibly weak sillage, no matter how much you apply. 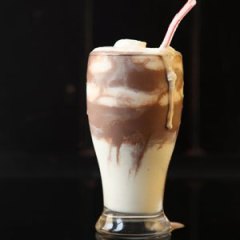 In terms of other assessments, male commentators find 1826 to be very unisex, while one woman (who clearly doesn’t like patchouli in general) found the perfume to be too masculine for her tastes. One poster thought 1826 was too earthy, another compared it to “cotton candy” mixed with a “vanilla milkshake,” while a third found the perfume “too powdery” with a soapy undertone. I can definitely understand a number of those assessments, especially the milkshake, though I think it would be a vanilla-cocoa-patchouli one that is only present for the first half of 1826’s life. As a whole, though, the general consensus on 1826 seems to be that it is not a patchouli bomb but, rather, “a very pleasant patchouli/vanilla/creamy white flowers mix with a hint of cinnamon, spice and powder.” I think that’s quite an accurate nutshell summation, even if the creaminess that I personally encountered wasn’t at all floral in nature.

I enjoyed parts of 1826 Eugénie de Montijo in its opening phase, but I find it hard to summon up a lot of enthusiasm for the scent as a whole. The clean, white musk simply ruined it for me, as did the problematic sillage and the banal drydown. On the other hand, the perfume is easy to wear, and those who enjoy lightly sweetened, milky, fuzzy, Le Labo type of scents may enjoy 1826’s approachability. It is definitely unisex, in my opinion; as one male Fragrantica poster noted, the perfume is actually more unisex than the 1969 fragrance that Histoires de Parfum categorizes as such. Obviously, you have to like patchouli to enjoy 1826, but you also have to enjoy some powderiness as well, in my opinion. So, if a milky, creamy, vanillic, slightly powdered patchouli scent with great sheerness, softness, and discreetness sounds like your cup of tea, then give 1826 a sniff.

Cost, Availability, Decant Sets & Samples: 1826 is an Eau de Parfum that comes in two sizes: 2.0 oz/60 ml for $125, £75, or €87; or 4 oz/120 ml for $205, £125 or €145. (Further decant or mini-sized options are below). Both full bottle sizes are available on the Histoires de Parfums website, which also has a great sample program (6 samples of your choice) whose $20 price goes towards the purchase of a large 4 oz. bottle. Further details are available here as to how the process works. Shipping is free for all orders anywhere in the world for purchases over $130; below that, there is a $10 shipping fee. In the U.S.: 1826 is available from Luckyscent in both sizes, along with samples. BeautyHabit sells both sizes, along with a 14 ml decant for $36. Amazon offers 1826 in the smaller $125 size, and the 3rd party retailer is Parfum1. On the actual Parfum1 website, you can buy the small 60 ml bottle of 1826 as well as a 14 ml decant for $36. MinNewYork has the whole Histoires de Parfums line in the smaller 60 ml size, including 1826, but they are currently out of stock of the latter. The Perfume Shoppe (which has a Canadian division) sells 14 ml decants of 1826 for $36, but doesn’t list the full bottle. Outside the U.S.: In Canada, Etiket carries the Histoires de Parfums, though only a few are shown on their website. 1826 is one of them. In the UK, Roullier White sells a couple of the Histoires de Parfums line for £75 for the smaller 2 oz/60 ml bottle and £125 for the 120 ml size, but 1826 is not listed or shown. Elsewhere, Harvey Nichols doesn’t carry the full line, but they do have 1826 Eugenie in the large £125 size. In Paris, the full Histoires de Parfums line is available at Jovoy for €87 or €145, depending on size. You can also find select fragrances from the line in the small size at the Nose boutique in Paris. In the Netherlands, you can find the full line at ParfuMaria. For the rest of Europe, Premiere Avenue has all the fragrances in the small 2 oz/60 ml size for €87, with a 5 ml decant available for €9. In the large 4 oz bottles, you can find 1826 at First in Fragrance for €145. In Australia, you can find 1826 on sale at City Perfume for AUD$179 for the large 120 ml bottle, or for the full AUD$190 price at Peony Melbourne. For all other countries, the vast Histoires de Parfums’ Store Locator page lists retailers from South Africa to Korea, Sweden and Kuwait. Samples: You can find samples at a number of the retailers linked to above. Surrender to Chance offers 1826 starting at $4.99 for a 1 ml vial.