As always, my Reviews en Bref are for scents that — for whatever reason — didn’t warrant a full, exhaustive, detailed review. I recently tried out some fragrances from Imaginary Authors, an American indie line begun in 2012 by perfumer, Josh Meyers. In another post, I looked at Cape Heartache and The Cobra & The Canary. This time, I will focus on Memoirs of a Trespasser, and Soft Lawn.

According to its website, the Imaginary Authors line was “born from the concept of scent as art and art as provocation.” Each fragrance is entitled with the name of a book, penned by an imaginary author who does not actually exist. All the fragrances are eau de parfum in concentration, and a vast majority were released in 2012.

MEMOIRS OF A TRESPASSER:

Memoirs of a Trespasser is meant to be an author’s memoir of his exotic travels, with a hallucinatory bent. The fragrance is an oriental vanilla, and its notes are:

Memoirs of a Trespasser opens on my skin with vanilla, a weird fruitiness, musky sweetness, and oak. There is a momentary booziness, followed then a soft, creamy guaiac wood. The whole thing is laced with a scratchy, synthetic, aroma-chemical hum that is common to many of the Imaginary Authors fragrances, and which them so difficult for me. Here, it is dry, but sweet, with only a trace of the peppered element distinctive to ISO E Super. Yet, at the same time, the note is extremely dry, as if another aromachemical is responsible. Perhaps it is ISO E’s drier relative, Kephalis, but whatever it is, each and every time I smell Memoirs of a Trespasser up close, the inside of my nose feels raw, bloodied and scraped.

Within minutes, Memoirs of a Trespasser turns into a cloying, sickly Bourbon vanilla with a subtle tinge of soapy, cold myrrh, followed by smoky, woody notes and peppered, dry aromachemicals. I find the whole combination oddly nauseating, perhaps because the vanilla smells like a really cheap version of Madagascar extract with a hot, buttered rum undertone. I’m also not keen on the unexpected fruited nuance that smells like oranges, peaches, and Tang juice all in one. It doesn’t last long, perhaps 25-30 minutes, but it perplexes me the whole time. Out of all the notes, I like the oak element the best, but that is not saying much.

Towards the end of the second hour, Memoirs of a Trespasser shifts with the woody elements bypassing the vanilla and taking its place as the dominant accord. The primary bouquet is of lightly smoked guaiac wood, followed by myrrh and a touch of thin, dry vanilla, all infused with ISO E-like synthetics. The guaiac is difficult for me here, especially as it takes on an increasingly stale sourness as time goes by, which meshes oddly with the dry-sweetness of the other elements. A clean, white muskiness also starts to become noticeable, adding to the fragrance’s synthetic hum.

By the end of the 5th hour, Memoirs of a Trespasser is really various forms of sour, dry, smoky woodiness with a light sweetness and only a suggestion of vanilla extract. It remains that way for a while, until suddenly the vanilla returns at the start of the 8th hour. From that point until its end, almost 12 hours from the start, Memoirs of a Trespasser is a dry vanilla scent imbued by an abstract woodiness and a hint of powder.

I didn’t enjoy any of it, probably because I had the same extremely strong physical pain in my nose that I did to testing The Cobra & The Canary. I don’t know if it is an issue of the quantity of synthetics used in Imaginary Authors’ fragrances, or something else, but the degree of my reaction to the line far exceeds what I normally experience. This is not like the occasional headaches I get from ISO E Super when a vast quantity is used, but something akin to my more serious reaction to the super chemical Norlimbanol, and its relative, Kephalis.

Few people share my sensitivity to chemicals, and many are anosmic to things like ISO E Super. Yet, even without the synthetics, I wasn’t impressed by Memoirs of a Trespasser. It was simplistic, uninteresting, quite cloying at first, and discordant as a whole. It never felt refined or sophisticated. It was simply…. there.

Soft Lawn is described in the context of an imaginary author in 1916 who attended Princeton University and was a tennis champion. The notes are:

Soft Lawn opens on my skin with freshness and green notes that are crisp, bright, and aromatic. On occasion, they are almost a little herbal, as there is a minty nuance lurking underneath at the start. Then, a soft floral creeps in, along with a clean, fuzzy, synthetic element. Hints of vetiver, grassiness, and ISO E Super dance around the edges. The floral note initially smells only vaguely like linden blossom, but not as sweet, lemony, or honeyed as it usually is. As a whole, Soft Lawn truly smells like a freshly opened can of tennis balls with linden, vetiver, green elements, and synthetics. 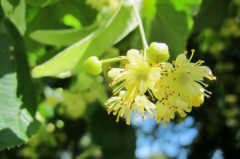 As time passes, the fragrance shifts a little, though not by much and primarily in a textural way. The lemon undertone to the linden blossom becomes more prominent, along with the overall floral aspect. As a whole, though, the notes are very blurred, lacking delineation, clearness, and force. In contrast, the ISO E Super and its peppered touch are much more distinct, noticeable in a clear, separate way that stands out.

The oddest thing about Soft Lawn for me is how the fragrance’s texture is its primary smell. It’s hard to explain, but Soft Lawn soon turns into something wholly fuzzy in feel. It’s an amorphous, indistinct blur of floral greenness. The fuzziness of the tennis ball texture is its actual smell, though its infused with that fresh, green floracy. The whole thing is imbued with a synthetic freshness that is initially sweet, delicate, and light.

There really isn’t much more to Soft Lawn than that. The fragrance never changes in any substantial way on my skin, and I tested it twice. It’s linear, simplistic, and uncomplicated, though Soft Lawn is not completely terrible from afar in the beginning as some sort of extremely generic, green freshness, I suppose. Up close, however, it smells industrial to my nose, with the aromachemicals increasingly dominating the scent. Perhaps it is the power of suggestion, but Soft Lawn does smell almost entirely of tennis balls on me after the first hour. All in all, the perfume generally lasted about 11-12 hours on my skin, with moderate sillage throughout, but I didn’t apply a lot due to my problems with all the synthetics in the IA line.

My experiences with the Imaginary Authors line led me to ask a family member for a Zyrtec anti-allergy pill before my second test of Soft Lawn, in case I had potentially developed allergies for the very first time in my life. Nope, that was not the cause of my pain. I was fine until I smelled Soft Lawn up close, and then…. bam, it felt as though someone had taken a straight razor to the skin inside my nose.  Even without the synthetics though, I find it hard to summon up much enthusiasm for the fragrance. I’m not keen to smell like tennis balls, I don’t like Soft Lawn’s lack of nuance or definition, and it’s a damn boring scent from start to finish. I’m afraid I simply don’t get it.

My primary problem with the Imaginary Authors line is obviously the physical pain I experienced but, even apart from that, I struggled with the scents as a whole. None of them felt sophisticated, refined, or elegant to me. Each one seemed to merely exist, as if a combination of related (and sometimes random) notes were put together primarily with an eye to meeting a plot line about a tennis champion or an imaginary person who went on travels to exotic places. It’s hard to explain because it’s not about a scent being unfinished or amateurish, though some element of both seems to be the case with each of the fragrances.

Rather, it’s more about the feel of the perfumes as something lifeless on the skin. Some of them lack a defining identity or force beyond the novelty factor, whether it is “tennis balls” or the unusualness of the hodge-podge combinations. The Cobra & The Canary seemed to have the greatest actual or developed character out of those that I’ve tried, but it is not an approachable, easy fragrance in my opinion. I could see more of the original story and goal in The Cobra & The Canary, but the rest transported me nowhere, evoked nothing, and felt as if they were merely just… there.

I understand wanting to do something different and experimental, about wanting to create a novel fragrance that is outside the usual box. I think that’s laudable, but being different for the sake of being different doesn’t always work. Successful execution is also key, as they often tell chefs on shows like “Top Chef” when they are trying to be different but fall flat on their face with some utterly peculiar combination.

Still, the Imaginary Authors line has enough fans for all of this to be a highly subjective matter of personal opinion. At the end of the day, the fragrances simply don’t work for me.

Cost & Availability: Each of the fragrances is an eau de parfum that comes in a 60 ml bottle that costs $85. You can purchase them directly from Imaginary Authors. The company also offers a sample service, where each perfume costs $6 per vial with the full set of 8 priced at $35. Imaginary Authors’ full line is carried by several Portland retailers, along with Parfums1, which ships overseas, though at a high price. The line is also carried at Brooklyn’s Twisted Lily. You can find other US vendors, along with some Canadian ones, at Imaginary Authors’ Stockist site. There are no European retailers listed. Samples: In addition to the sites listed above, you Surrender to Chance sells several scents from line, including Soft Lawn, and Memoirs of a Trespasser, for $4.25 for a 1 ml vial.