Parfums Rétro has generously offered to give away 60 prizes, each of which will be a 3 ml sample of Grand Cuir, a fragrance that I thought was one of the best new releases of 2013. I’m very excited, because I really think Grand Cuir is a scent that deserves more exposure and attention. The other day, I was making some samples of Grand Cuir from my small decant for a few friends, and I couldn’t stop sniffing the air as the perfume swirled around me. I contacted Jeffrey Dame at Parfums Rétro on the complete off-chance that he may be up for a giveaway, thinking perhaps one or two posters may get the opportunity to try Grand Cuir for themselves. I was utterly stunned by the generosity of the response.

There are essentially two different giveaways. 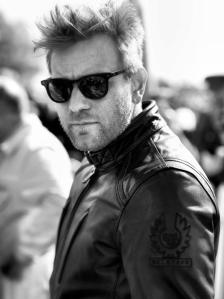 I put Grand Cuir on my list of Best New Releases of 2013. As I wrote in part of my review, contradictions and paradoxes lie at the heart of Grand Cuir, which explores leather from one end of the spectrum to the other under the most civilized and sophisticated of veneers. It starts as raw leather coated with birch tar and pungent herbs before turning into the expensive, new black leather of a biker’s jacket, then burnished, softly aged leather with amber, before ending up as the most refined of creamy Italian suedes infused with amber, lavender, and skin-like musk. It’s a journey that is at once animalic and aldehydic, soapy clean, beginning as a masculine scent that is an aromatic, herbal fougère with leather, before it transforms into something very different. And the whole thing is done sotto voce, with the quiet firmness of a confident man who doesn’t believe he has to be flashy and loud to draw attention to himself. Very well done, and very refined. 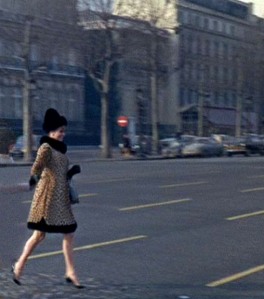 Despite the herbal, piney, birch leather opening of Grand Cuir, I do think it’s a scent that some women will enjoy. The storyteller perfume blogger, Lanier of Scents Memory, definitely thinks that Grand Cuir can be worn by women. In a review focused on Anita Ekberg and Paris, and entitled Mademoiselle Valentine, he writes, in part:

Grand Cuir by Parfums Rétro is a dramatically stunning perfume that recalls the lost last age of elegance. It is very classically French in its olfactory signature. Grand Cuir is purely rich and evocative of Pairs. It recalls an age of beautiful women who dress in chic elegant style at every hour of the day, who, for every occasion, had a perfume to match each mood, atmosphere and destination. Be that a shopping excursion, a romantic interlude or an evening alone at home reading “Bonjour Tristesse”. Yes it recalls all these things about women but when a man wears Grand Cuir it takes on the memories of women whom he has loved.  The perfume’s tag line reads “A leather with soul.”  This is true, it has soul, but it is not the soul of cool like in the late 60’s. It has the soul of chic from the earlier and too brief period between 1960 and 1964. It is complex, interesting, a bit demanding of your attention and utterly devastating. 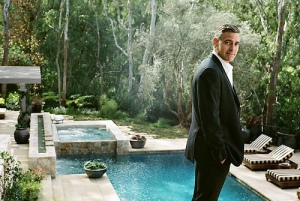 For me, Grand Cuir was much more indubitably masculine, evoking a mix of Steve McQueen, George Clooney, and Ewan McGregor. I completely agree, however, that it is chic, refined, and elegant.

What I discovered the other night was that Grand Cuir somehow stays in your head, despite its notes swirling around in an air filled with other perfumes. Something about Grand Cuir’s clary sage, birch tar leather, labdanum amber, and clean aldehydic refinement stood out, making me sniff the air again and again, as well as the part of my wrist where I had wiped my pipette. I don’t even like aldehydes or soapy elements, but the contradictions and paradoxes make Grand Cuir incredibly interesting to me, drawing me in for more, again and again. So, I’m really excited that some of you will get to experience it for yourself.

The giveaway is limited to people living in the U.S. and EEC. The problem is that new postal regulations make it extremely difficult to send fragrances (classified now as hazardous materials) to certain parts of the world. So, we’re terribly sorry, but please do not enter if you are outside either of those two geographic regions (or don’t have a U.S./EEC cousin or friend whose address you can use).

EEC countries include but are not limited to: France, Germany, Italy, the Netherlands, the UK, Sweden, Denmark, Austria, Ireland, Spain, and Greece. The full, complete list of current EEC members can be found here. I know I have quite a few readers from Croatia, but neither Parfums Rétro nor I are clear on Croatia’s member status. So, Parfums Rétro has decided to assume that Croatia is an EEC member for the purposes of the giveaway.

To enter, you have to do TWO things:

I usually respond personally to every comment on a giveaway, but that won’t happen this time given that it’s the week of Christmas and I’m rather exhausted. Don’t worry though, I will keep a running tally of every name, creating separate lists according to your location, and submitting the names on each list to Random.org in separate drawings.

If you don’t tell me your location, I won’t be able to include you because I need to know which entry list to put you on, especially as there are few samples or slots available for the EEC drawing.

WHEN DOES IT START & END:

The winners will be chosen by Random.org, and will be announced sometime the next day, Friday, December 27th, in a separate post. There will obviously be two lists of winners, one for the US commentators and one for those in the EEC.

The nature of email contact will be different this time. Once I post the winners, you have THREE (3) days to contact Parfums Retro with your shipping information. Deadline is end of the day, my time, on Sunday, December 29th. Please send an email to jeffreydame@parfumsretro.com. Your email should include your screen name with which you posted on Kafkaesque and your mailing address. If you fail to contact Parfums Retro with your shipping information in the proper time frame, your prize will be given to the next person on the list. 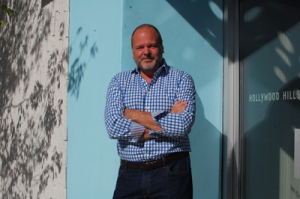 Parfums Rétro will send the prizes directly to the winners, and pay for all shipping costs. For those in the EEC, it may take a while for you to receive your prize, depending on your customs and postal issues. Neither Parfums Rétro nor I am responsible for items that are destroyed by customs or lost in transit for some reason.

I’d like to express my enormous gratitude to Jeffrey Dame of Parfums Rétro for his generosity, kindness and thoughtfulness in offering such a massive giveaway. Some companies may give away one or two tiny samples, but 60 decants and 3 ml at that?! Amazing! I cannot thank Jeffrey Dame enough. Good luck to everyone!