There is a house in the suburbs, virtually indistinguishable from its neighbors, and merely one more in a line of perfectly square, pretty boxes with perfectly trimmed lawns on a perfectly pleasant, quiet street. It’s not large enough to be a true McMansion, but it certainly bears all the characteristics of that generic sameness. If you look closely, you can see that it’s made of the very finest building blocks, the very best that money can buy. Inside and out, however, it’s a sea of bland beigeness with interiors that are awash with taupe, egg-shell, and cream as far as the eye can see. There is nary a whiff of anything strong in contrast; no pops of colour, no thick veins of black. The lack of edge or individual character carries through even to the house’s carpeting: thick, plush shag rugs in which you can sink your bare feet. It’s easy comfort without particular style, and always in unremarkable, unrelieved, suburban taupe.

Tonka Imperiale from Guerlain is a beige house in the suburbs for me. It’s well-appointed and well-made, but a sea of bland, characterless, generic taupe as far as the eye can see. And I despise taupe with a violent passion. I’m sure it’s a colour that can be elegant in some interior decorating, and there are probably people on whom the colour looks good in clothing, but, personally, I would like to stab taupe in the eye with a large chef’s knife. And, for me, when I wear Tonka Imperiale, all I see is that bland colour. I know a lot of my friends will undoubtedly be upset with this review as they love the fragrance. To them, I can only apologise. I know Tonka Imperiale is a luxuriously made creation that probably encapsulates elegant comfort. I’m sure it’s wonderful on all of you. Unfortunately, it’s not something that I think is particularly special for its high price. 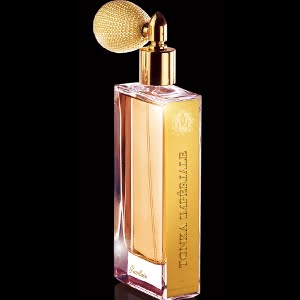 Tonka Imperiale is part of Guerlain’s exclusive L’Art et La Matière collection which was launched in 2005 to celebrate the opening of Guerlain’s renovated headquarters in Paris. The collection’s name means Art and (raw) Materials, and represents Guerlain’s goal of creating olfactory Art through the use of the finest raw materials in perfumery. As Fragrantica further explains, “L’Art et la Matière” is also “a pun after the French expression L’Art et la Manière – the art and manners.”

Tonka Imperiale is the seventh fragrance in the collection, and was released in 2010. Like all its siblings, it was created by Guerlain’s in-house perfumery, Thierry Wasser. On its website, Guerlain describes the scent as a “woody oriental” and write:

AN ASTONISHING CONSTRUCTION THAT BLOWS HOT AND COLD

With Tonka Impériale, Thierry Wasser has created a woody oriental composed around one of Guerlain’s star ingredients,the tonka bean. It has to be said that this precious seed, one of the cult components of the Guerlinade, is particularly dear to the House.

Tonka Impériale is well-named: a subtle blend of balmy scents, rich in contrasting facets, with accents of honey, gingerbread, almond, hay and tobacco. The fragrance comes in a spray bottle with sleek, contemporary lines. One side is ornamented with a gold plate like a talisman.

The notes for the perfume, as compiled from Guerlain and Fragrantica, are:

Depending on treatment, tonka beans can smell of vanilla, hay (coumarin), or even bittersweet almonds. And it is the latter which dominates the opening of Tonka Imperiale on my skin, thanks to the supplemental effects of the almond butter. The perfume begins with a burst of the white nuts, first bitter and raw, then quickly infused with sweetness. There is a honeyed quality underlying the note, but it’s light, not thick, yellow, or molten. It suits the description of “white honey” given by Fragrantica, because this feels quite translucent. Quickly, a subtle herbal element breezes through, followed by an amorphous woody note that isn’t immediately distinguishable. Tobacco lurks underneath, feeling pale, blonde and sweet, like leaves sitting in the sun. Traces of sweetened hay and the faintest speck of bergamot are the final touches that dot the landscape. 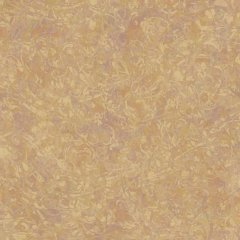 The primary bouquet, however, is of almonds and vanilla. The almond note is so concentrated, it’s more akin to the distilled essence that one uses in baking. The vanilla is rich and sweet, but it’s airy instead of custardy, more pale and white in visual hue. It’s also subtly backed by sweetened vanillic powder. It’s the famous Guerlainade, Guerlain’s signature note, which is placed front and center, right at the top, rather than appearing, as it traditionally does, at the very end in the perfume’s drydown. Tonka Imperiale is a very simple fragrance at its core: bitter, honeyed, sweet almonds with vanilla. It feels a lot like crème anglaise, only this one includes almond concentrate.

Eventually, other notes appear to dance at the edges. In the first hour, there are minute, minuscule traces of woodiness. It’s generic, beige and abstract in large part, though if you really, really focus, you can perhaps persuade yourself that you can detect the hazy, faint edges of cedar. The real dryness in the scent comes from the tobacco which has quietly filled the base, seeping up to subtly impact the vanilla-almond combination at the top. Slowly, the bergamot becomes a little more noticeable, but like a number of things in this scent, it is restrained, and muted. By the end of the second hour, jasmine and incense suddenly pop up on the periphery. Both are flickers that are barely imperceptible initially. In fact, on my skin, it takes almost six hours for the incense to be noticeable in any substantial way.

Until that point, Tonka Imperiale is primarily an almond-vanilla scent atop an abstract, amorphous woody base that is lightly infused with tobacco and smoke. The Guerlainade powder, the jasmine and the other notes register in pale, light, subtle hues. It’s all effortless, easy, extremely well-blended, and swirls around you like a very expensive, soft, airy cloud. It’s not earth-shattering, but it’s perfectly pleasant. To me, it seems simplistic and dull, but I can see how it might be a comfortable, easy, cozy scent for some, especially those who love a gourmand sweetnes in their fragrances. 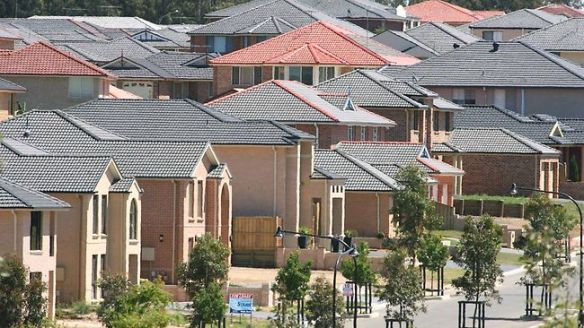 Still, I can’t help but visual a house in the suburbs, though not one excessive or large enough to be a true McMansion. Tonka Imperiale is not chic, cool, or hip enough to be an apartment in the city; it’s certainly not a loft in Soho or a penthouse decorated in sleek black, silver, and modern edges. It’s also not large, opulent, or over-the-top enough like an Amouage Ubar to be a massive estate with a palatial mansion out in the country. It’s merely a comfortable, unremarkable, pretty, well-built house in the suburbs awash in taupe and beige.

The unrelieved blandness never changes. At the 4.5 hour mark, the sillage drops, and Tonka Imperiale is now a skin scent. The almond has now fallen behind the honey, jasmine and vanilla, though it still precedes the woody notes that are in the base. It’s the same story with the tobacco. As a whole, and if I’m being charitable, Tonka Imperiale is an interesting mix of sweetness with dryness, I suppose. By the start of the seventh hour, the fragrance is Guerlainade vanillic powder with a faint whisper of almonds and honey, and sits atop with some smoky incense, though the latter is so sheer, gauzy, and thin, it’s hardly a robust foundation. In its final hours, Tonka Imperiale is merely Guerlainade with some dryness. All in all, the fragrance lasted just short of 11 hours, with moderate to soft sillage throughout.

Tonka Imperiale is intentionally meant to pay homage to a particular note, so I can’t fault it for focusing so heavily on the tonka, right down to its occasional almond-like facets. The fragrance does what it sets out to do, and does so in the typical Guerlain way. I’m not blaming it for that. I do blame it, however, for being such unrelieved blandness for $250. For that amount, it would be nice to have some character, some contrasting edge to counter the dull monotony of a sea of taupe and beige. Supposedly, the incense is meant to be that edge. If they say so. Perhaps I’m merely unlucky with my skin.

Or, perhaps, Tonka Imperiale is exactly the way it’s supposed to be: a plush, simple, comforting, gourmand scent dominated by vanillic tonka, almonds and Guerlainade, with an incredibly restrained dose of tobacco and incense. So restrained, in fact, that neither of those minor supporting players can possibly counter the two main, gourmand players on center stage. Fine. But Guerlain’s headlong descent into simplistic and/or gourmand scents at an extremely high price tag continues to alienate me. Tonka Imperiale would be a great comfort scent at about $100, though I personally still wouldn’t go near it due to all that taupe beigeness. But $250? For a plush, beige shag rug? No, thank you. Not for me.

Others, however, don’t share my issues. As noted earlier, I have a number of friends who love Tonka Imperiale so much, they’ve bought full bottles of it. On Fragrantica, there are raves about how wonderful the fragrance is, and how it is a luxurious “masterpiece.” To wit, one comment calling it “[F]rench romantic ART,” and saying: “Oh my god …..what is this scent…luxury…elegant…charismatic…sweet…sensual…very sexy for me.” Others, however, think Tonka Imperiale is vastly over-priced, with a number finding the fragrance’s opening to be extremely similar to Mugler‘s Pure Havane. One person had an issue with Tonka Imperiale’s drydown, comparing it to Calvin Klein‘s Obsession, her “worst nightmare.” On my skin, Tonka Imperiale’s drydown wasn’t similar to Obsession at all, and I can’t compare it to Pure Havane’s opening, as I’ve never tried it. All I can say is that those of you who have problems with Guerlainade, and who continuously have it turn into sour baby powder on your skin may want to stay away from a fragrance that showcases the brand’s tonka signature.

The bottom line is this: if you love modern Guerlain fragrances — with all that that entails, for good or for bad — and if you adore cozy gourmands, then you may want to give Tonka Imperiale a sniff. You will have plenty of company in Tonka Imperiale’s vast fan club. If, however, you’re looking for a fragrance with some edge, character, or distinctive flair for your $250, you may want to look elsewhere. It’s an unrelieved sea of beige and taupe in the suburbs.

Cost & Availability: Tonka Imperiale is an eau de parfum that costs $250 for 2.5 fl. oz/75 ml. It is available at Guerlain boutiques, and is listed on its website, but Guerlain doesn’t seem to sell the fragrance via an e-shop of sorts. (There is no shopping cart, for example, in which to put the fragrance for purchase.). In the U.S.: Tonka Imperiale is available on the Nordstrom, Saks Fifth Avenue, Neiman Marcus, and Bergdorf Goodman websites. (With the exception of Bergdorf Goodman which definitely carries the more exclusive line of Guerlain fragrances in-store, I don’t know if it is available within the other shops themselves.) Outside the U.S.: In the U.K, you can find Tonka Imperiale at Harrods and, apparently, London’s Selfridges, but neither store offers the fragrance online. As for price, I read that, back in 2011, Tonka Imperiale retailed for £175. I don’t know how much it is now. In France, the fragrance is obviously available at Guerlain stores. For all other countries, you can use Guerlain’s Store Locator on its website. Samples: If you’d like to give Tonka Imperiale a test sniff, you can get a sample from Surrender to Chance where prices start at $4.99 for half of a 1/2 ml vial.